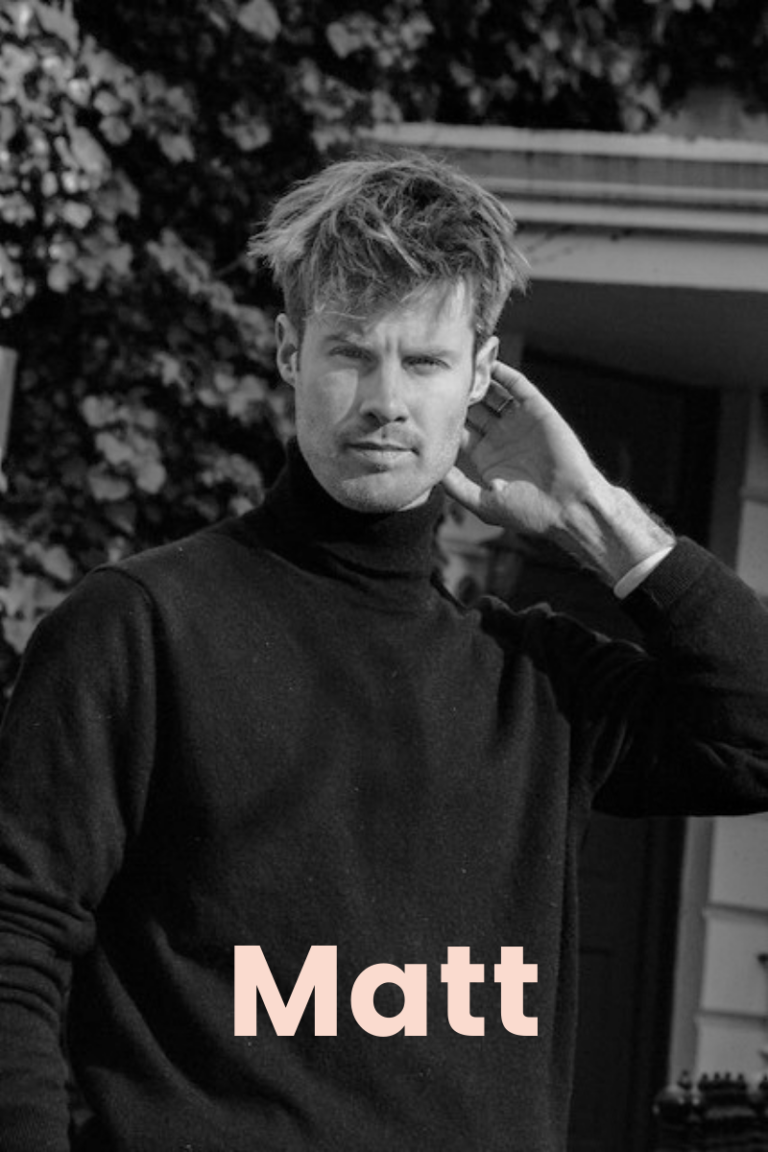 Matt first came to practice yoga 11 years ago when he was undertaking his BA in Acting. As part of his course, students would start the day with a simple sequence. Although he admits that in these early days “I couldn’t touch my toes and had terrible posture”, he quickly fell in love with yoga’s feel good effects, and realised the huge benefit it was having on his ability to stay grounded. He continued his practice after graduation, finding that yoga was “exactly what I needed” in the instability of the acting industry. In 2014 he decided to turn his passion into a profession, and completed his 200hrs yoga teacher training. Nowadays, he finds that routine brings “openness: mentally and physically" and a sense of community to his personal life.

Matt typically likes to blend the traditions of Hatha with the power of Vinyasa in his classes, and describes his style as direct and to the point. He has been teaching at some of London’s top studios for six years now. If you’re undecided whether to give yoga a go, Matt says “the one thing I find myself repeating to people who say they can’t practice yoga because they’re not flexible is ‘you never take up a new activity because you’ve already mastered it’. A simple interest and openness is all that’s needed."